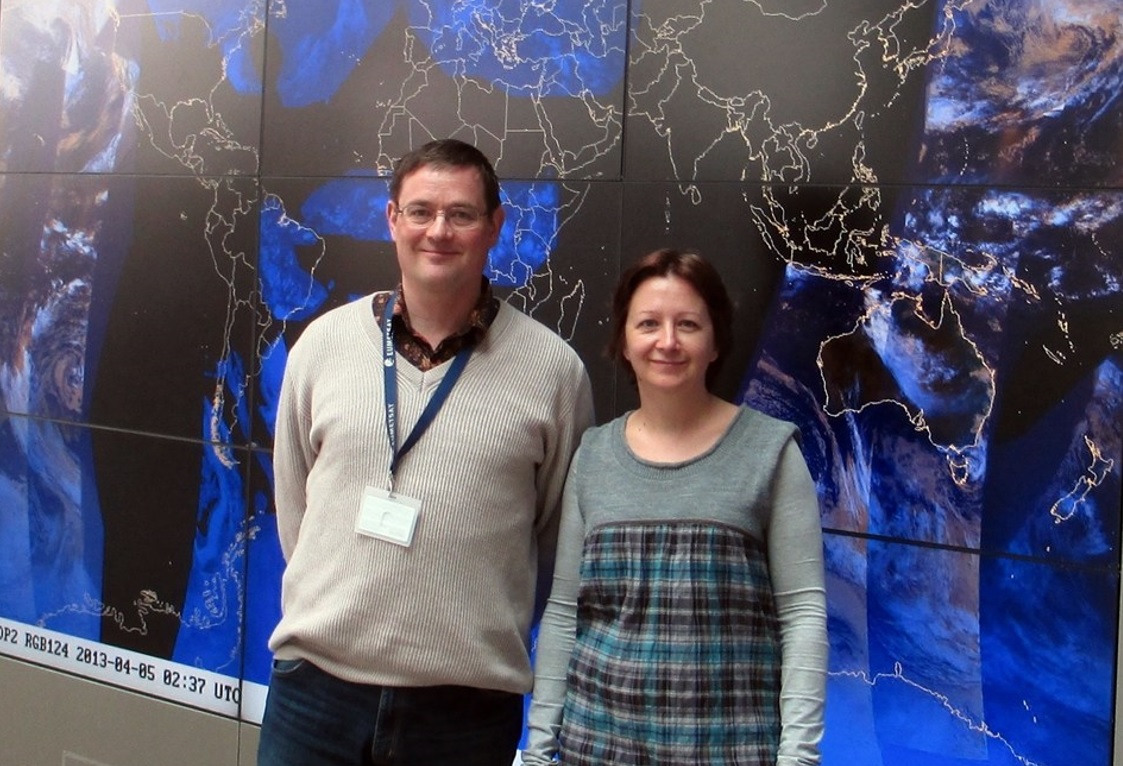 Vesa Nietosvaara and Larisa Nikitina give a weather briefing for the European region, Larisa focusses on the preparations for the 2014 Olympic Games in Sochi.

Vesa Nietosvaara has worked as an operational weather forecaster for twenty years in 1988-2008. Since 1998 Vesa has been working within several training projects and created learning resources for operational meteorologists. Particularly, he is interested in satellite image interpretation and conceptual models for weather diagnosis. Most of his career Vesa has done at the Finnish Meteorological Institute, but since 2012 he works as a Training Officer at EUMETSAT. He assists the EUMeTrain monthly weather briefing team and regularly participates or lead the European online weather briefings (ePort weather briefings).
Larisa (Lara) Nikitina has been working as aviation weather forecaster in Rostov aviation center (Rostov-on-Don, south Russia) since 1985 after training as a weather forecaster in Russian State Hydrometeorological University (RSHU). And since 2010 she became the weather forecaster for Sochi 2014 Winter Olympics. Her special interests are the satellite meteorology applications for nowcasting and distance learning.