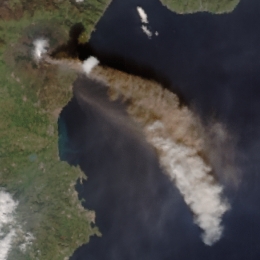 True Colour RGB images are ‘Rayleigh corrected’. This means the impact of Rayleigh scattering by the atmospheric molecules has been removed. This makes the images clearer. However, the impact of the aerosols’ scattering is not removed. This is one of the strengths of the True Colour RGB: it is quite sensitive to particulate matter in the atmosphere like smoke, smog, haze and dust.

The next two images show an eruption of the Italian Mount Etna captured by NPP and NOAA-20 on the same day with only half an hour difference. Two plumes are seen originating from Etna: a grey plume and a darker, brownish coloured one. The tan/brown plume is the volcanic ash. Volcanoes usually eject not only ash into atmosphere, but gases and water vapour as well. From the water vapour, ice clouds are forming. In the image below, one can see such a greyish cloud plume (likely a mixture of ice crystals and ash) along the southern edge of the brownish ash plume.

The image below shows a smoke plume over the Aegean Sea. 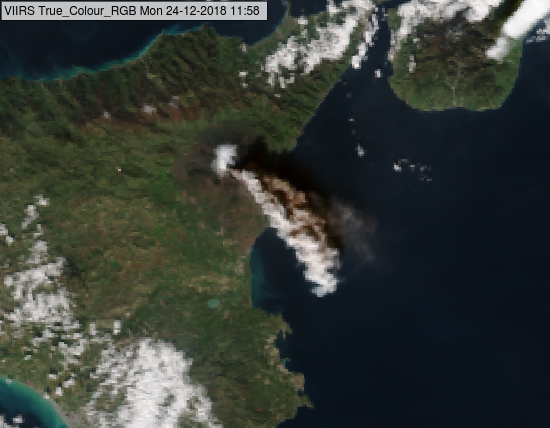 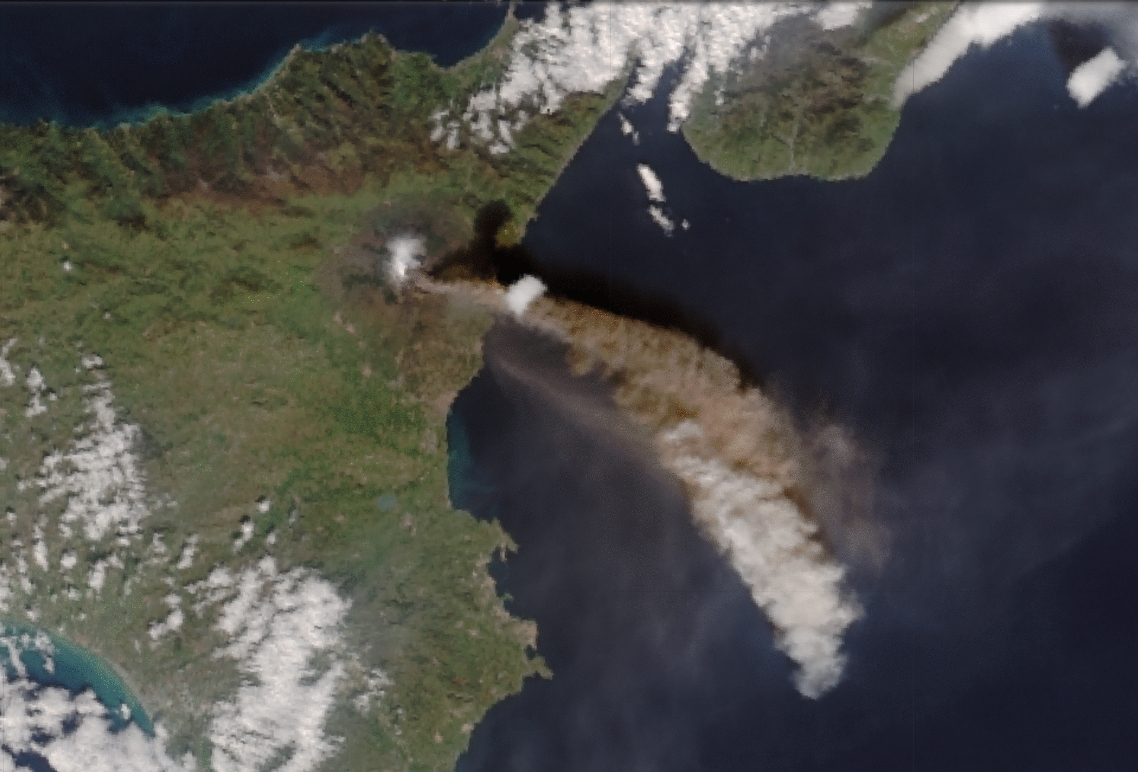 The next image shows the explosive eruption of the Fuego volcano in Guatemala (Central America). VIIRS acquired the image of the ash plume, after the ash (brown colour) had punched through a deck of clouds. 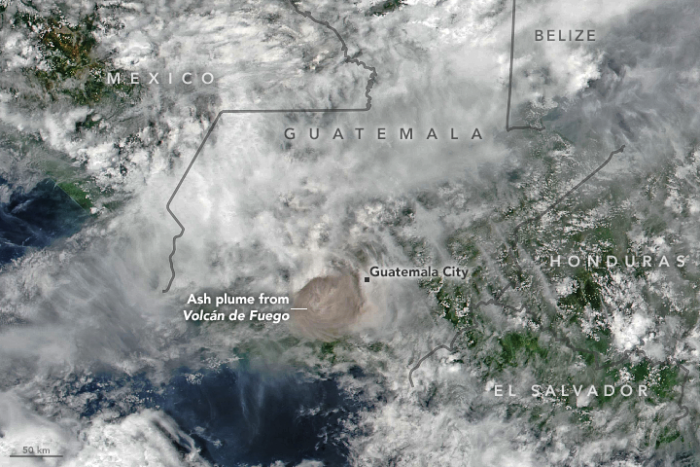 The next image shows the eruption of the Pavlof Volcano in Alaska. The volcanic ash plume appears in brown hue. 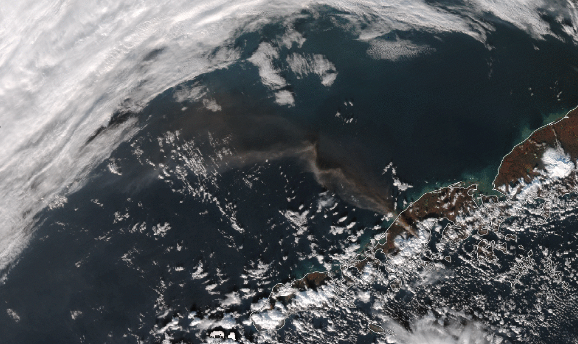 Note that:
• Pure volcanic ash clouds usually appear brownish or tan.
• Volcanic SO2 gas is not seen in the True Colour RGB.
• Thin volcanic ash clouds may appear greyish.
• If the ash plume is mixed with ice crystals (formed from water vapour originating from the volcano), it may appear greyish.
• Thick dust clouds usually appear also brownish grey, but its brownish shade is weaker.
• Other aerosol types appear mostly greyish. Pure biomass smoke tends to be bluish grey or grey, while haze appears grey.
• Towards the edge of the swath, a thin volcanic plume looks thicker, while along the sub-satellite track it looks thinner.

Explanation of the colour of volcanic ash clouds in the True Colour RGB imgages (see the recipe):

The aerosol particles scatter the visible radiation. The reflectivity of a thick aerosol plume depends on its concentration, the type of aerosols (its composition), the average particle size, the solar and satellite viewing angle and on the wavelength.

A thick volcanic ash cloud appears brownish or tan in the True Colour RGB, as its reflectivity is stronger at longer wavelengths.

In case of thin volcanic ash clouds, the measured radiance depends on the characteristics/reflectivity of the underlying surface as well. The satellite observes a combined signal:
• Radiation scattered by the dust particles into the direction of the satellite sensor and
• Radiation transmitted through the thin dust plume in the direction of the satellite sensor.
The weighting factor of the combination depends on the dust cloud transmissivity.