Snow and ice on the ground 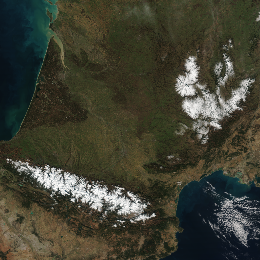 The images below show the snowy Pyrenees and the Caucasus Mountains with a cirrus cloud. 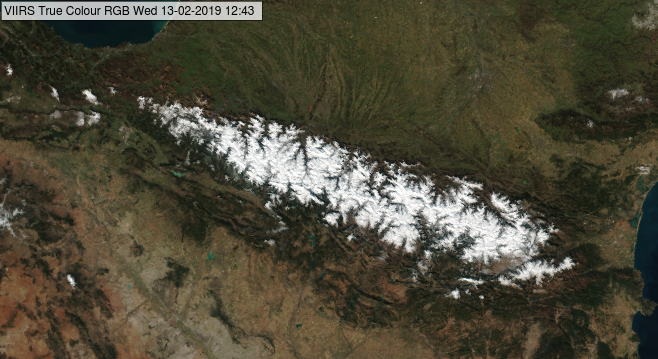 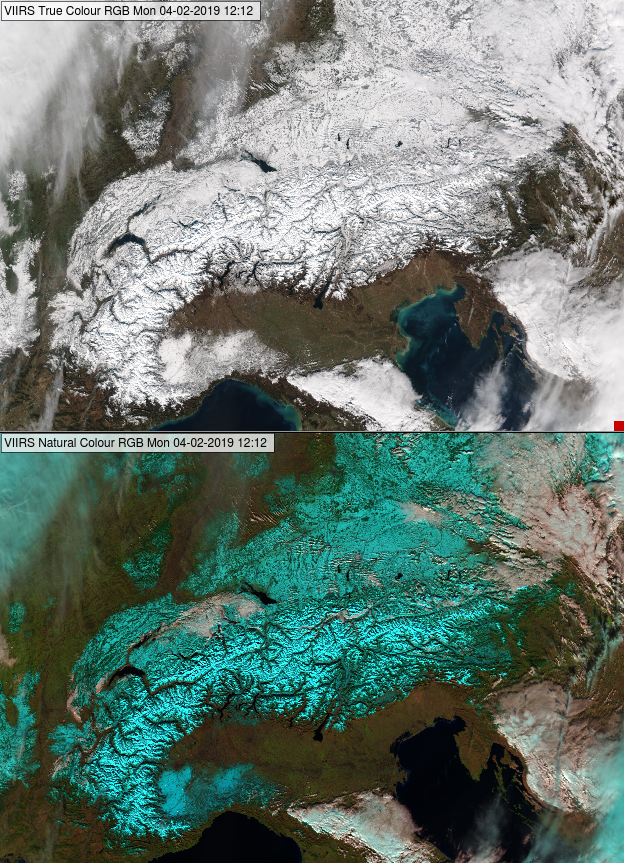 Cloud-free snowy mountains and lowland usually have different appearance in the satellite imagery. If the snow lies on a plain or low hill, one can often see patches, lines or spots. Patches might be due to forest with shadows and branches not covered by snow. Lines might be due to rivers, and spots (small patches) due to settlements. In mountainous terrain one can often see the structure of the valleys and ridges. Snow on high mountains is usually depicted in a brighter colour than on plains or hills, as there is less vegetation in the mountains to disrupt the snow cover.

In the next image snow on low land and ice on the Great Lakes (border of US and Canada) are seen. 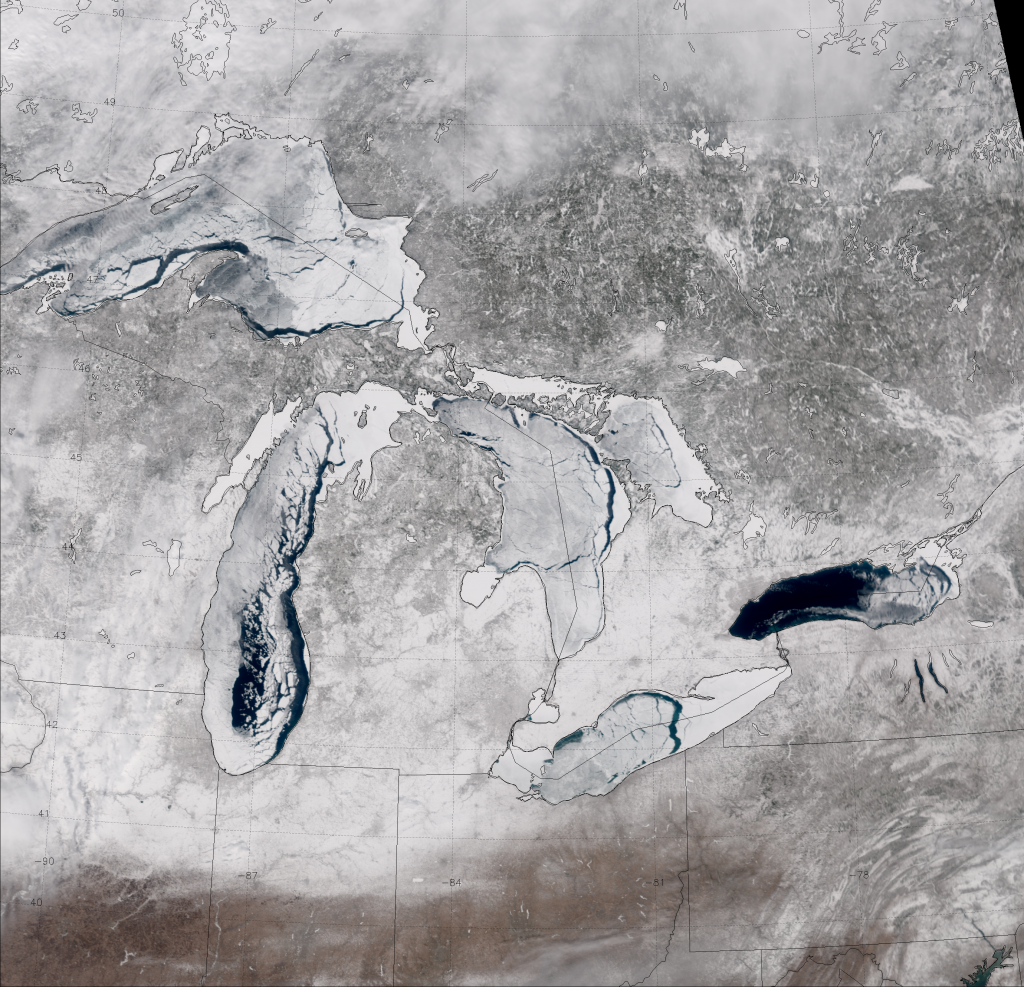 Note that:
• The snow/ice colour depends not only on the snow/ice characteristics but as well as on the solar and satellite viewing directions. Towards the edge of the swath the whitish colour may become saturated white, while along the sub-satellite track it might be slightly darker.
• Thick clouds appear also whitish.
• Thin clouds and large concentration aerosol plume appear greyish.

Explanation of the colour of snow and ice in the True Colour RGB (see the recipe):