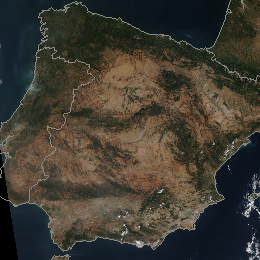 Bare soils and deserts usually appear (reddish) brown or tan in the VIIRS True Colour RGB images. Colour shades depend on the soil/sand/rock type. Bare soils may appear darker brown. Sandy and rocky deserts are usually brighter than bare soils and appear in shades of brown, most often tan. The mountains in the Sahara are greyish brown. Australian deserts appear reddish brown.

The next image shows the Iberian Peninsula at the beginning of October. Large areas not covered by green vegetation appear brownish/tan. 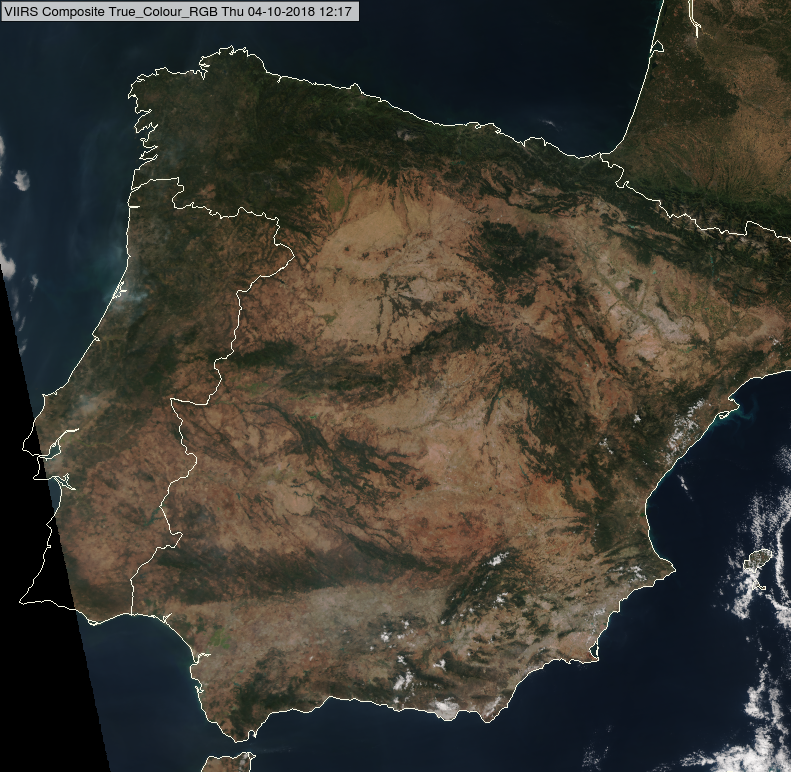 The next image shows a part of Central Europe and the northern part of the Balkan Peninsula in February. Land, not covered by clouds or snow, appears (mostly dark) brownish. The reason for this are lowlands in these areas that lack the green vegetation in February; and the mountains with coniferous woods are not green in this image because of the snow cover. 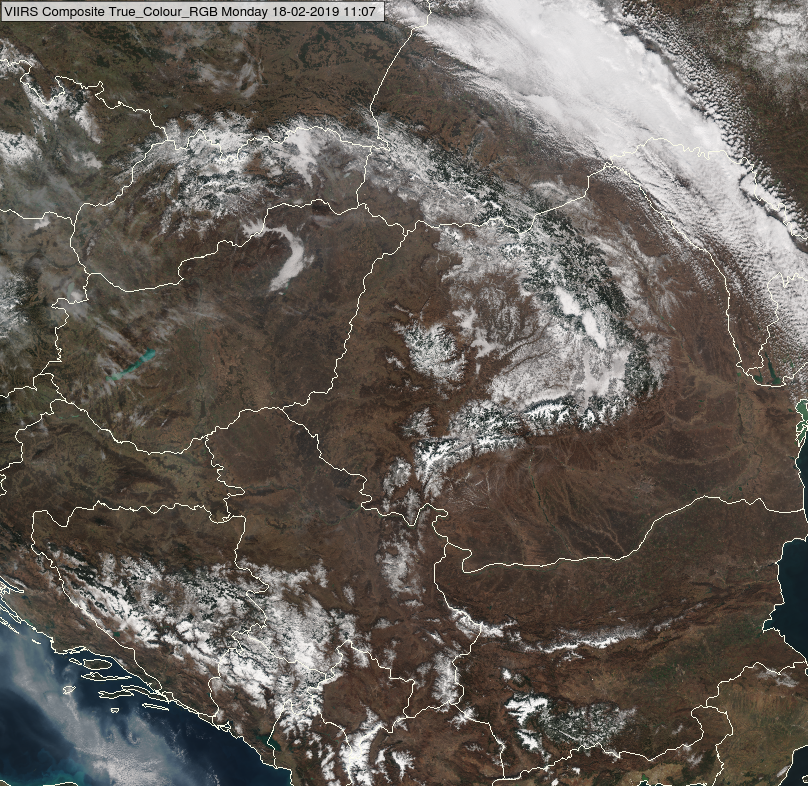 Deserts appear in shades of brown. The next image shows the Taklamakan Desert in China. This is a sandy desert appearing tan in the True Colour RGB image. The next image shows the Sahara and the Arabian Peninsula. The Sahara is mainly a rocky desert; some parts of the desert are sandy and there are (rocky) mountains as well. The Sahara appears in several colour shades: most of the area is tan, but mountains (rocks) appear greyish brown. 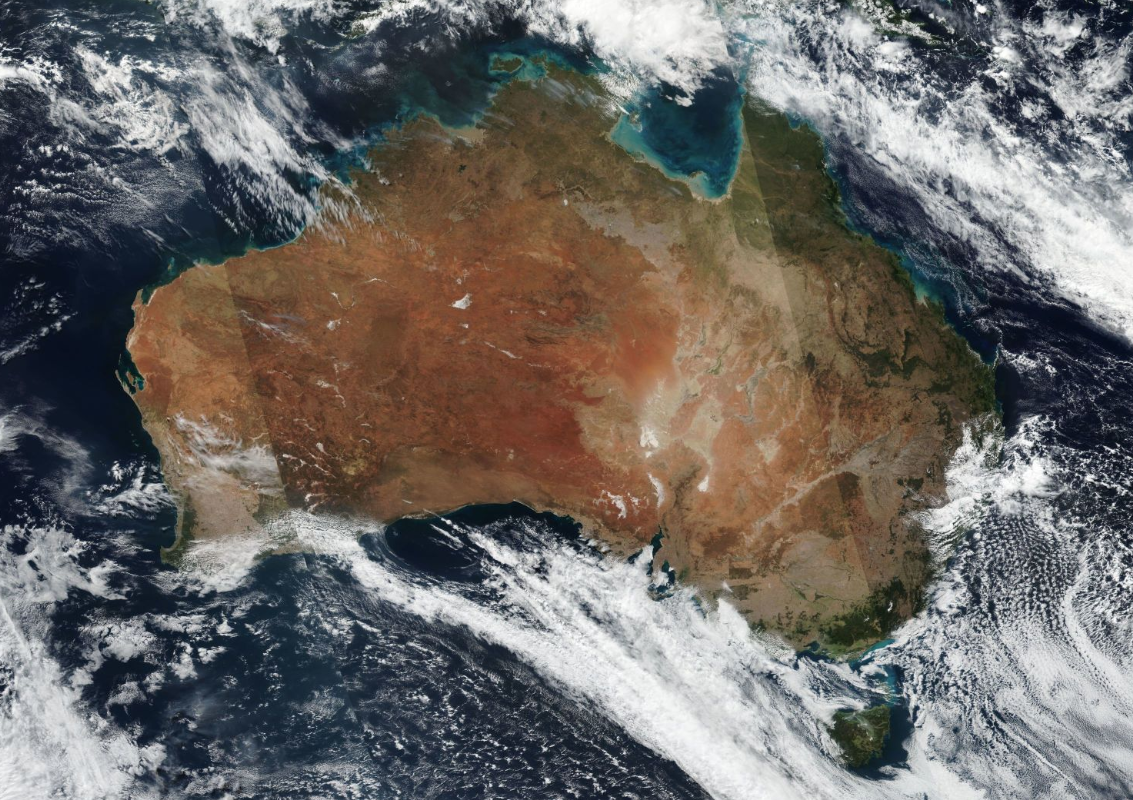 Note that the bare soil/desert reflectivity depends on the solar and satellite viewing directions as well. Towards the edge of the swath the colour brightness may vary (as an example, see the mosaic images above).

Explanation of the colour of bare soils and deserts in the True Colour RGB (see the recipe):

The reflectivity of bare soils is usually below 50% in all three channels of the True Colour RGB. It slightly increases with longer wavelength in the visible spectral range. That is why the bare soils appear brownish.

The reflectivity of sandy desert is more than 50% and slightly increases with longer wavelength in the visible spectral range. That is why it usually appears tan.

The majority of the Australian deserts appear reddish brown, the composition of the rocks is different, and additionally there is some green vegetation in these deserts which makes the colour shades slightly darker.